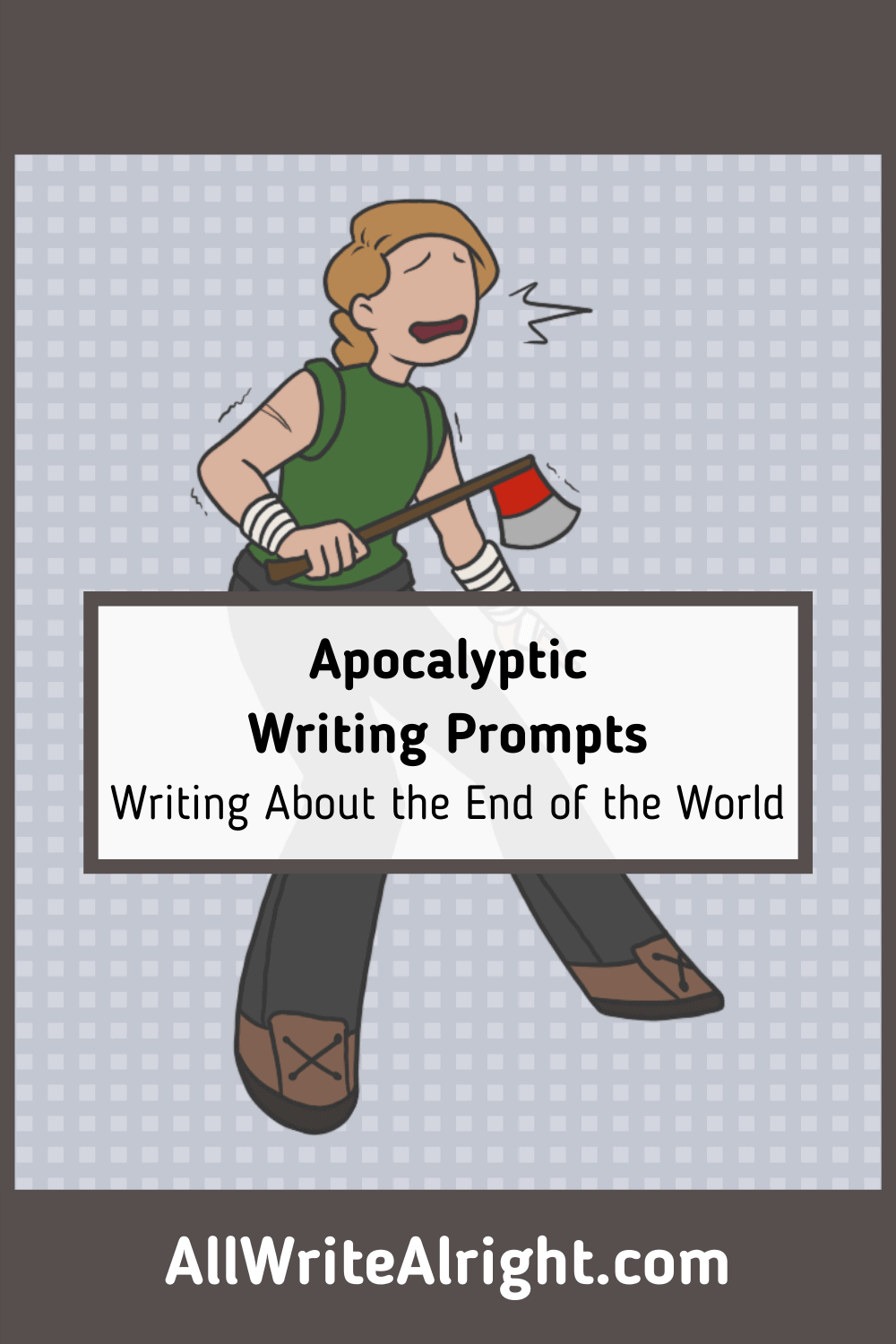 Everyone loves a good apocalyptic story, but it can sometimes feel like all the good ideas have already been used. Nothing’s worse than trying to write without inspiration, so I’ve put together a list with a ton of different apocalyptic writing prompts for you to use for whatever you want! Whether you’re just warming up, looking to start a whole novel or comic, or you just want some ideas for a roleplay, you’ll find lots of good inspiration here!

There are many different ways the world could meet its doom. I know when I hear “apocalypse,” zombies are the first thing that comes to mind. But there are tons of options out there if you want a different atmosphere for your apocalyptic story.

An apocalypse can be brought on by:

This is by no means an exhaustive list, but it should give you an idea of how diverse you can make apocalypse stories. Each one would affect the world in different ways, and they all provide interesting and unique scenarios to explore.

If you want some prompts that are more specific to zombies, however, I have another prompt list dedicated to just zombies: Zombie Writing Prompts and Story Ideas. Check it out!

If you’re just looking to warm up with some fun apocalypse scenes, then take a look at some of the quick prompts below. Although they are designed for you to only write one scene, try to think about the backstory leading up to the scene, and the history between the characters. Who knows? You might end up liking the scene well enough to make it into a full story!

If you want to write a longer, more complete story, then here are some prompts to get you started. Unlike the writing prompts above, these are designed to make you think about the entire story, including the setting, backstory, and plot. Feel free to use any of these in your stories!

Apocalypse scenarios are a popular choice for roleplaying, but it can be difficult to come up with an interesting plot to get started. Although you could use any of the prompts above for roleplay inspiration, some stories just don’t work as well when told by two (or more) people. So I’ve put together a separate list of apocalypse prompts that are specifically designed for cooperative storytelling. As a bonus, some of them come with several different ideas for how your characters can meet, to make it easier for you to write the dreaded starter.

Writing About the End of the World

Writing about the end of the world (as we know it) is a blast, but there’s more to writing that than just having fun. Like dystopia, the apocalypse genre can be a way for writers to express dissatisfaction with the world and vent some of their frustrations out through their characters. These stories can be therapeutic, horrific, exciting, frightening, heartbreaking, and incredibly moving for both the writer and readers alike.

These stories are important, because they are some of the most memorable stories that exist, and they provide opportunities to explore many different ideas of working together, overcoming difficult challenges, and emerging from bad situations as better, more capable people. So yes, writing about characters living through an apocalypse or struggling in a post-apocalyptic world is fun, but it can end up accomplishing a lot more than that for your readers.

These stories are hopeful, and as I’ve said before, humans are suckers for hope.