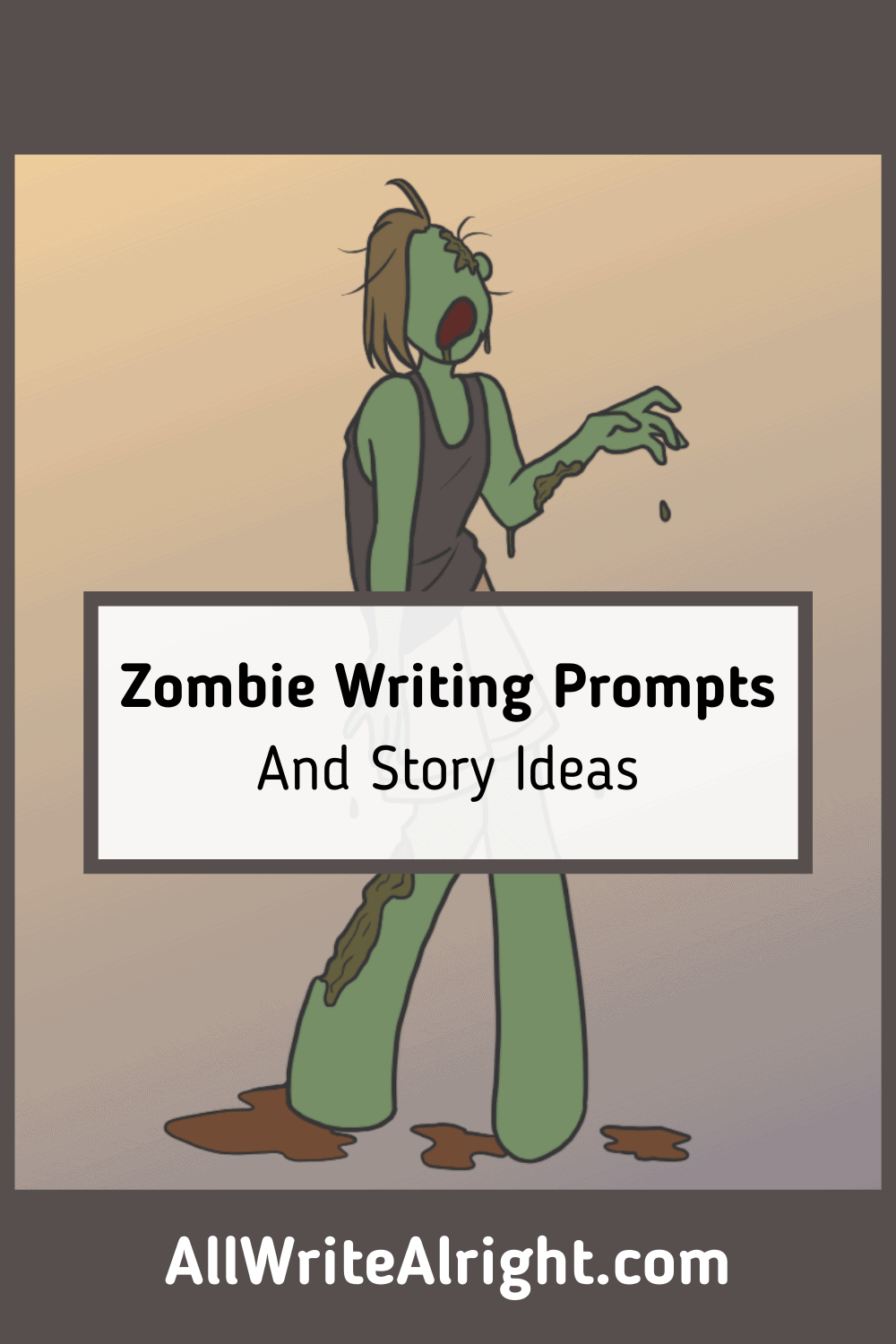 Zombies are a beloved trope in literature and media, and it doesn’t seem like the craze will be dying off any time soon. However, in such a diverse genre, it’s not always easy to come up with ideas on your own. Zombies are only part of the equation, after all.

If you know you want to write about zombies, but you need a little direction, here are some short prompts, settings, and story ideas to help you get started.

Zombies are a lot of fun to write about, but if you don’t want to write an entire novel, try just writing a single scene instead. It can exist as part of a larger story, but you don’t have to write everything that precedes it. Give readers enough context to understand the characters and the situation, but get creative with how you reveal information over time. That way, you can practice writing about different zombie-related situations without the pressure of making it a complete narrative. Besides, if you end up liking what you write, you can always flesh out (haha) the story later and add more to it!

Here’s a list of zombie writing prompts you can use to warm up, practice, or just have a little fun:

If you’re already writing a zombie story, then you probably know that the setting plays a huge part in the storytelling. You need to keep putting your protagonists in interesting and exciting places to encounter zombies to set scenes apart from each other, but it can be hard to keep coming up with new ideas. So, I’ve come up with a brief list of setting ideas that you can use to spice up your characters’ zombie encounters!

Your characters could encounter zombies in a:

If you’re looking for plot ideas for an entire novel, comic, roleplay, or another kind of story, then I’ve got some ideas for you. Unlike the prompts above, these will give you ideas to base an entire narrative around.

How Writing About Zombies can Make You a Better Writer

Writing about zombies is a great way of refining some really good skills as a writer. That sounds ridiculous, so let me explain. Zombie stories commonly contain a lot of similar themes, techniques, and storytelling strategies. To write one effectively, you need to be good at utilizing suspense, surprising your readers, and exploring the duality of each individual character. You will have to press your characters to do bad things, to manipulate each other, and to act in unsavory ways, and this can help break you out of the habit of writing perfect Mary Sues.

In addition to that, zombie stories often blend many different genres, like horror, action, and even romance or comedy. You need to be able to write high-energy fight scenes, while also being able to properly write suspense and tension. You’ll need to convey sadness, fear, loss, and death, and you need to show tenderness and love between surviving characters. Zombie stories are a great way of probing human conscience and exploring the complex emotions of humans when pushed to their limits.

Although that sounds difficult, a lot of this comes naturally to writers tackling a zombie plot. We’ve all seen zombies in movies, books, comics, and video games, and we subconsciously understand that that’s what the genre requires. Then, after writing about zombies, you’ll get better at applying those techniques in other things you write.

And really, zombies are fun to write about, so relax and just enjoy the carnage.