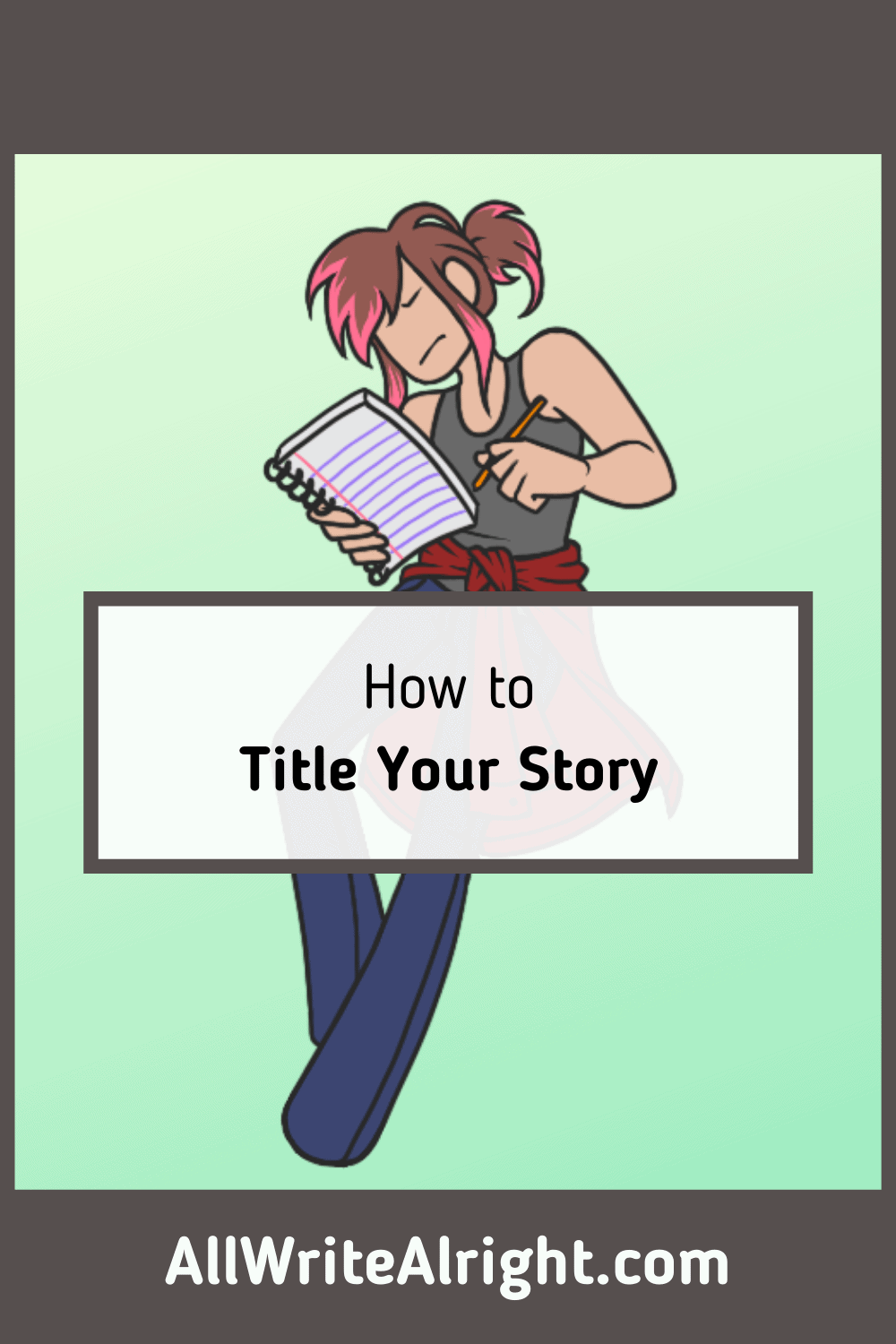 When it comes to writing a story, there are few things quite as challenging as giving it a proper title. A story’s title needs to be short, compelling, memorable, and appropriate to the genre and plot of the story. Not to mention, there’s a lot of pressure to pick a good one! If your title isn’t interesting enough, you might not grab the attention of potential readers.

In short, titles are incredibly important. You could have the most interesting story in the world, but if it’s hidden behind a thoughtless title, it may never get the notoriety it deserves.

Tips for Titling Your Story

First and foremost, it’s important to keep in mind that most titles are given to works after they’ve been written, not before. If you’re still writing chapter one of your novel, you don’t need to be worried about what the story will be called. You can be brainstorming the title through the whole process of writing your story, but you don’t have to decide on a definitive title until the end.

However, this changes if you are publishing your story one chapter at a time, which is common for fanfics and other digitally published stories. If this is the case, you may want to title your story after something that becomes clear in the first chapter, such as the main character, a setting, or an important object, or after an overarching theme that you know will be carried through the entire story.

Aside from that, here are some general tips for titling your story:

Your title should tell a story of its own, almost like a little poem. You want to make readers wonder what the title is referring to. You want readers to have questions about the title that they’re willing to read the story to find answers to.

Options for Titling Your Story

There are lots of options when it comes to titling a story. It can be overwhelming if you don’t have any ideas right away, so referencing a list like this can help get you started. Keep these options in mind while you’re brainstorming, and you may end up with your breakthrough idea!

Many popular titles simply name the book after their main character, such as Harry Potter or Coraline. If your main character has a compelling name, or if they’re some kind of “Chosen One,” then naming your story after them might be the most straightforward choice.

If the name alone doesn’t feel right, consider adding more to it like with The Adventures of Tom Sawyer, Alice in Wonderland, or Charlie and the Chocolate Factory. Incorporating the character’s name into the title makes it feel much more personal, and it positions the character at the center of the plot before the story even starts.

However, if your story isn’t particularly character-driven, then you might want to consider other options first.

If the setting of your story is particularly interesting, it may make the most sense to include that in the title. Many stories use this strategy, like The Haunting of Hill House and The Count of Monte Cristo. This technique is especially useful if you’re writing in a fantasy, sci-fi, or historical fiction genre.

If your story takes place in space, for example, you might want to mention that (or at least allude to it) in your title. The same applies if your story centers around a circus, a graveyard, the ocean, or the main character’s grandma’s house. If the setting plays a large part in the plot, then you should consider spotlighting it in the title.

If the setting doesn’t stay consistent, you can pick from the most meaningful settings in the story, or the places in which something impactful happens (or happened).

If there’s an object that has particular importance to your story, that could also be an option for the title. One of my favorite stories ever, The Lord of the Rings utilizes this strategy in its title, but there are many other examples of this, including The Nutcracker, The Time Machine, and The Lion, The Witch, and the Wardrobe.

Many stories include an object of great importance. Think about the important objects in your story, and consider how you could write a title encompassing that.

A key Theme or Motif

Many stories have an underlying theme or motif. Themes can be things like betrayal, love, loss, vanity, retribution, and more. Motifs, on the other hand, are elements that are repeated throughout the story, such as images, ideas, topics, phrases, colors, and more, in order to highlight the key themes of the story.

Some examples of stories that use the story’s main themes for their titles include Pride and Prejudice, Crime and Punishment, and Vanity Fair.

If you want to use this strategy, consider what your story is fundamentally about. Beneath the surface, is your story about corruption, redemption, or independence? Does your story illustrate ills in society or human nature? Does your story highlight something incredible about the world in which it takes place? Is there an underlying message behind the story you’re telling? If there is, that might just be your best choice for giving it a title.

If you want to be a little more subtle with how you incorporate the story’s theme into the title, try turning to symbolism. For example, Flight of Doves is a story about children fleeing their uncle, but doves are commonly used to represent children symbolically. Similarly, in One Flew Over the Cuckoo’s Nest, the story isn’t about birds, but rather people who are locked up in a psychiatric ward.

Try to consider what can be used to symbolically represent what your story is truly about. Roses symbolize romance, 4-leaf clovers symbolize good luck, fire symbolizes passion and destruction, lions symbolize strength and courage, and etc, etc. Different colors can even be fairly effective in evoking specific feelings as well.

Titles can often foreshadow a major event that takes place in the story. As long as you don’t give too much away, this can result in a rather tantalizing title. Some examples of this are As I Lay Dying and Things Fall Apart.

If something goes awry, someone dies, the heroes lose, or something else major happens, you could consider teasing that plot point with the title. After all, movie trailers do the same thing—they highlight the most exciting parts of the movie to entice people to watch the whole thing. If your title teases something exciting, readers might just stick around to read the whole thing.

Dialogue is a powerful tool. If your character says something significant, there’s an obvious catchphrase or recurring statement, or a line of dialogue sums up the story’s theme pretty well, then you could already have your title. Plus, readers will likely get excited to see the title spoken in the work itself, and to see what it means in the original context.

When the title of the story is used in dialogue, that’s referred to as a “title drop,” and it can be seen in works like Catch-22, Brave New World, I am Legend, and Game of Thrones.

How to Research a Title for Your Story

If you’re still stuck, you can try drawing inspiration from your own library (or, if you don’t have a decent collection of books, you can pay a visit to the local bookstore). Skim over a shelf of books and try to notice which titles stand out to you. If you didn’t know anything about these stories, which titles would be the most intriguing? Which book would you reach for first?

Make a list of the titles that stand out to you. How are they similar? What do they each do well? If you used each title as a framework for titling your own story, what would those titles be? You don’t have to use any of those titles, but it can be a helpful exercise in trying to think outside the box.

Regardless of how you decide to title your story, you should never rush. Picking the right title takes time, and the last thing you want is for your story to be stuck with a title you don’t like just because you were impatient in the moment. Give it time—the right title will come to you.