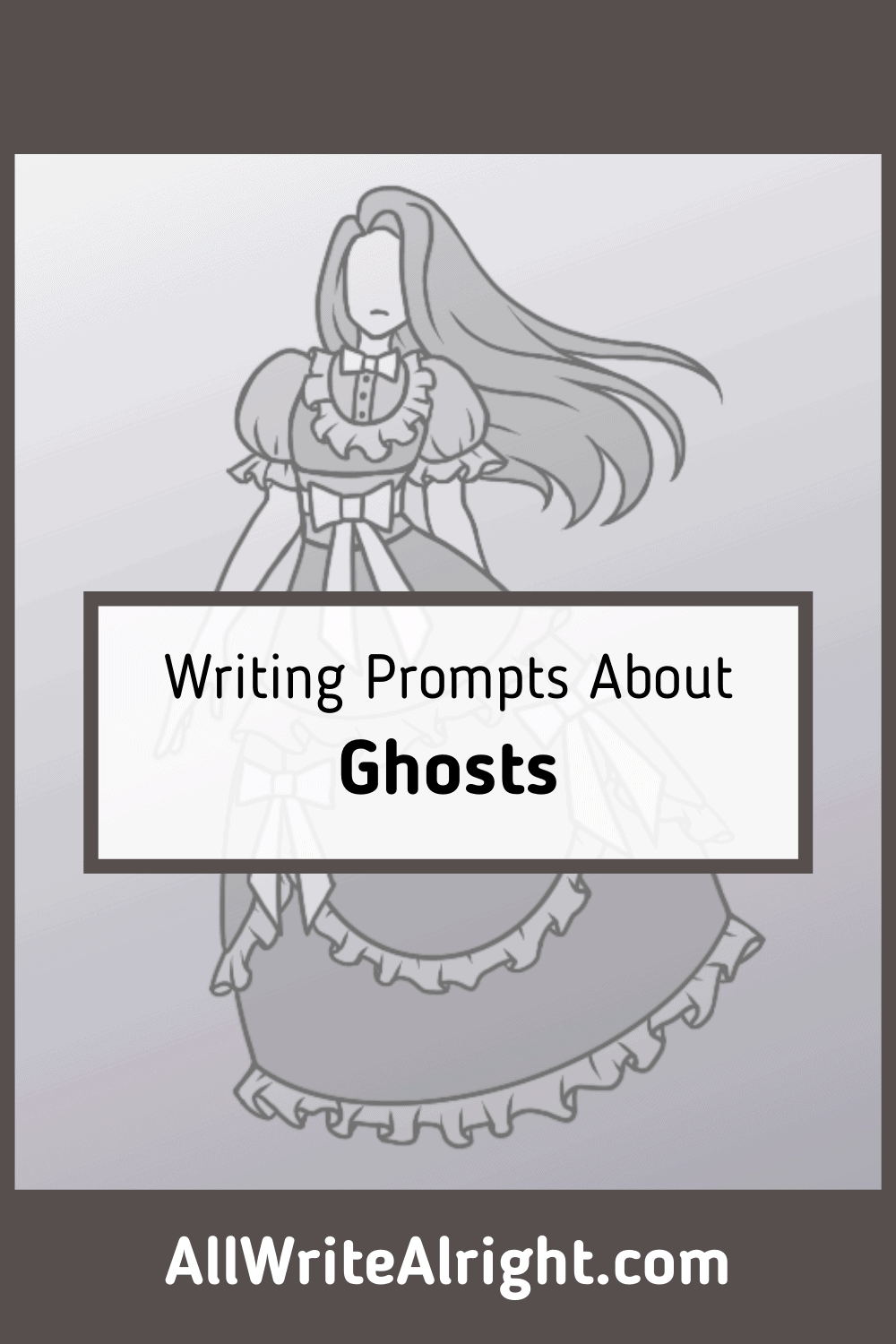 Ghosts and the paranormal provide a bottomless source of inspiration for writers. Ghost stories have existed since the dawn of humanity in some form or another, and are still a favorite for modern storytellers. If you want to write about ghosts but you’re running low on ideas, checking out some writing prompts can give you the inspiration you need!

Whether you just want to warm up, or you’re looking to find something to spark your next big project, you’ll find many ideas here to get you started!

If you need help writing an unreliable narrator, check out my other post: What is an Unreliable Narrator? (And How to Write One!)

When you write about ghosts, you have a vast network of cultural and spiritual resources at your disposal. There’s a huge variety of ghosts that you can draw inspiration from, such as banshees, poltergeists, and mylingar, but you can also draw from existing stories about well-known ghosts in media, such as Bloody Mary, The Headless Horseman, and many others.

Humans have an inherent curiosity about the unknown, particularly in reference to death and the possibility of some form of afterlife. Stories about ghosts have been popular for so long because they satisfy some of that morbid curiosity, while also often making a subtle commentary about what it means to be alive.

If you’re having a hard time writing ghost origin stories, check out A Guide to Killing Your Characters. It might help you out!

Good luck, and have fun!