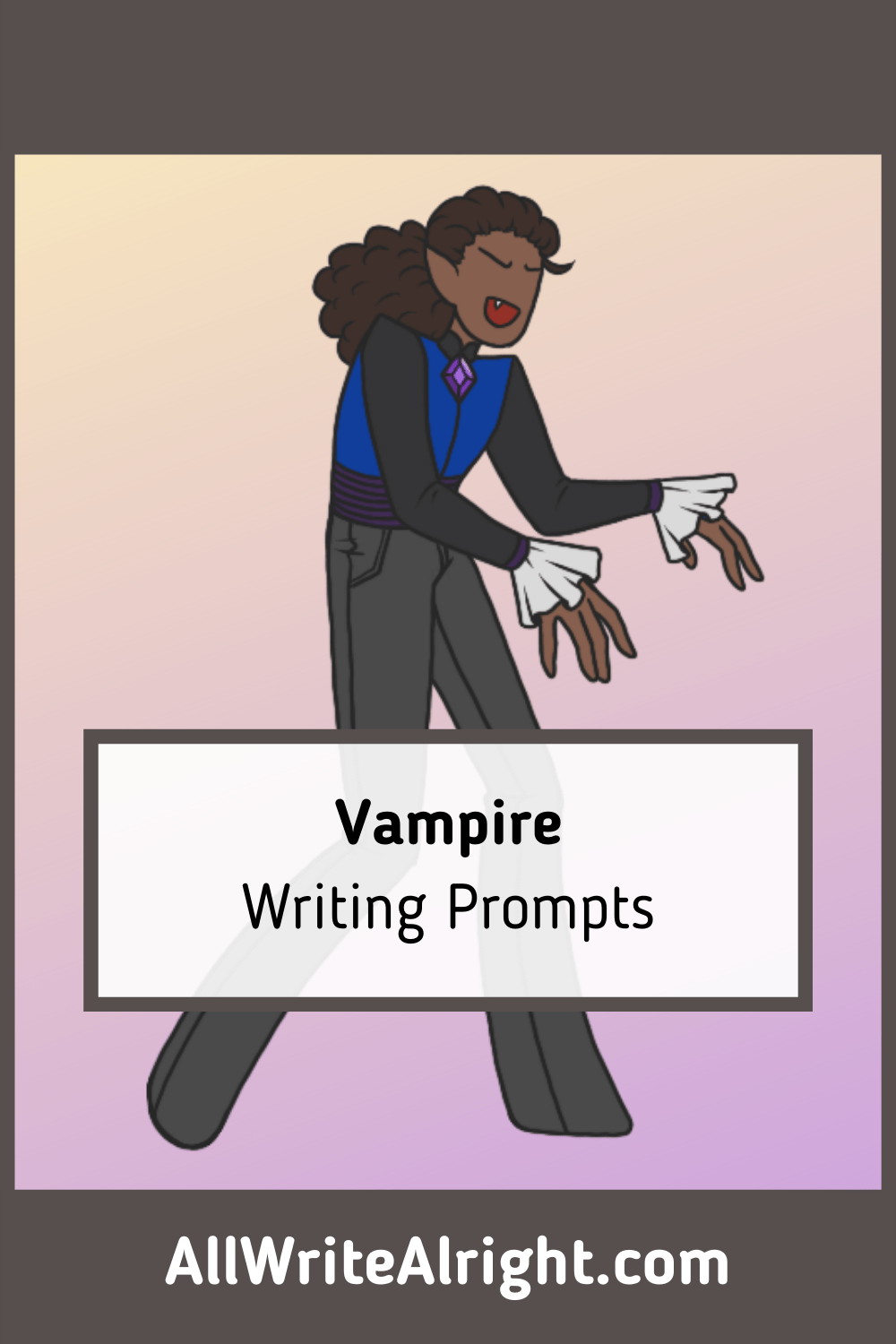 Who doesn’t love vampires? If you want to write about vampires, but you’re low on fresh ideas, check out this list for inspiration! These prompts can be used to inspire short stories, novels, roleplays, comics, and more, but you can also use them for warmups and practice!

Vampires have a long history of being used in fiction. From the ancient folklore vampires who could remove their heads to the classic tale of Dracula and the infamous Twilight series, vampires have been the uncrowned king of monsters for some time—and this trend doesn’t seem to be dying off any time soon. Vampires continue to evolve with each new story that comes out, so even though it may seem like every story about vampires has already been told a million times, there will always be room for innovation.

Have fun with these, writers!