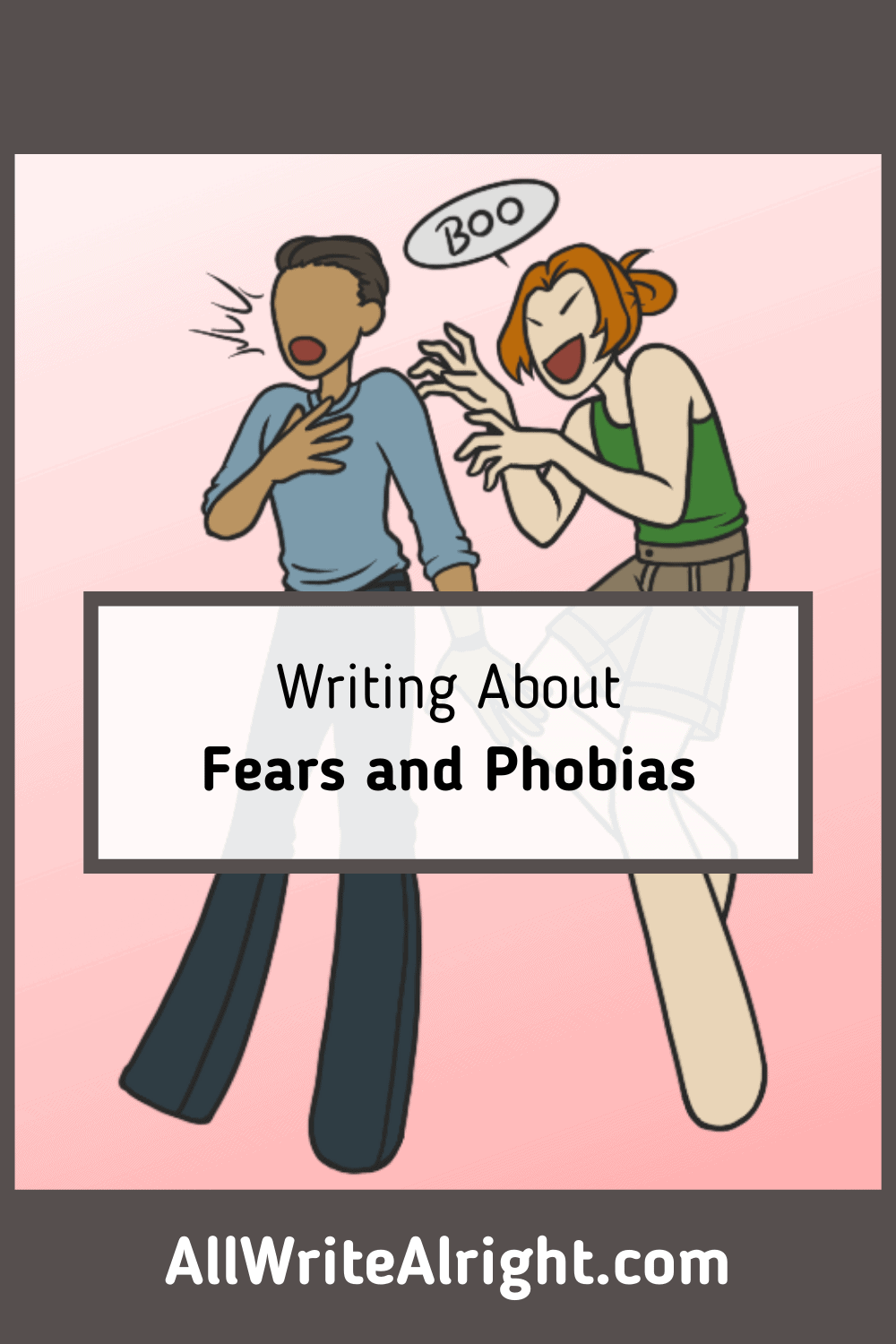 Fear is a complicated emotion that involves pronounced emotional, physiological, and behavioral elements. To write fear well means you’re going to need to address each of those elements, while also taking into consideration the character’s personal history and why their fears developed.

Like any of the major emotions, fear has a way of creeping into stories of just about every genre. If you’re writing a romance, you may have a character feel afraid of rejection as they plan to profess their love. If you’re writing something with action or horror elements, a character may encounter another person who poses a threat to their safety. In any story, however, a character may be afraid of bees or heights, or other things they could encounter at any time. If you can’t properly convey the feeling of fear in these situations, an otherwise good scene could end up feeling very shallow.

What is the Character Afraid Of?

There are two major types of fear: rational and irrational.

Of these two, the one you’re going to need to think about the most is irrational fears—otherwise known as phobias. Everyone is afraid of suffering or dying, so that’s not as important to consider right away. Rather, consider what things your character is afraid of that sets them apart from their peers. Are they afraid of large bodies of water? Of getting lost? Of mushrooms?

Keep in mind that phobias are a type of character flaw. Character flaws exist to add depth to a plot by creating obstacles for a character to contend with or overcome, as well as allowing readers a deeper understanding of the character’s past and personality. If you give your characters a phobia, but they never encounter what they are afraid of in the story itself, then there is no real reason to give them that phobia in the first place.

For more information on how to deal with character flaws in your story, check out How to Create Complex Flaws for Characters.

Why is the Character Afraid?

Now that you’re thinking about what your character is afraid of, you need to also start considering why they’re afraid of that—as well as how you can use that fear to your advantage in the narrative.

As we’ve discussed above, many fears are innate or entirely rational. In that case, the answer to the question of why the character is afraid of something would be very straightforward. No one wants to be maimed or killed or otherwise put in harm’s way. Other completely understandable fears include getting lost, losing a loved one, or getting sick. But what about when a character’s fears are not so easily explained?

Many fears result from past experiences. If someone is afraid of dogs, it may be because they were bitten by a dog in the past. If someone is afraid of clowns, it could be because someone they looked up to as a kid was also afraid of clowns, and they learned to be afraid too. You don’t need to do a lot of work to tie the character’s phobias to their backstory, but you should at least consider the origin of these fears so you can make their reactions to them deeper and more meaningful.

Fears are complex, however, and can arise for a number of reasons. Not all fears have an easily identifiable cause, and others could have deep psychological explanations. Different people can be afraid of the same thing for entirely different reasons. For example, someone may fear large crowds because of the noise, while someone else may be afraid of crowds because of how easy it would be to get lost in a crowd, whereas another person may fear crowds because of the potential social demands of being around many other people. Other things, such as a person’s neurotype, can influence the way they interpret their surroundings and contextualize their experience too.

Fears are more impactful if there is depth to the way they are experienced. If your characters have deep and meaningful reasons for being afraid of something, you need to clue readers in to the complex emotions and memories at play.

Writing about “Fight or Flight”

“Fight or flight” is a phrase used to describe the physiological response a person experiences as a result of being afraid. Fight or flight, also known as “acute stress response,” causes the release of adrenaline and several other changes that allow a person to react quickly to a threat.

Because of this response, the character experiencing acute stress may also experience:

However, although the physiological reaction to fear is universal, the behavioral reaction is not. There are four major types of reactions to threats that a person can exhibit, though there are variations within each category as well. These different reactions are known as:

Of course, a character can experience different reactions in different situations. If they are confronted by a wild animal, their instinct may be to freeze, while if they are spooked by an actor in a haunted house attraction, their reaction may be to fight the poor employee in the ghost costume.

A character’s personality, and their experiences with each individual trigger, is going to help determine how they respond to fear at a given moment. In addition to that, other environmental factors can influence how a person reacts to fear. When alone, a person may flee, but if they are with others, they may be more inclined to stay and fight. Take a look at the setting, the object of the character’s fear, the other characters present in the scene, and any other factors to help you determine the way a character will respond.

The Body Language of Fear

As with any emotion, it is almost always better to “show, don’t tell” when it comes to writing about fear.

This is probably a phrase you’ve heard a million times before, but if you want a refresher, you can check out Show, Don’t Tell: What It Is and How to Use It (With Examples).

One of the easiest ways to utilize the principle of “show, don’t tell” is to rely on body language. The way a character moves and speaks can indicate how they are feeling without you having to tell readers “they are scared.” However, the body language exhibited by a character who’s afraid of something is going to depend on their reaction to that fear (fight, flight, freeze, or fawn).

Here are some examples:

Additionally, a character who is scared may engage in what’s known as “self-soothing behaviors” to try to calm down or ground themself. Here are some examples of what those behaviors look like:

For more information on how to use body language to cue readers in to how a character is feeling, make sure to check out Writing Body Language: Bringing Your Characters to Life next!

Using Fear to Reveal More About a Character

You can also use a character’s fears to give readers subliminal context to that character’s backstory. If a character is afraid of people yelling, that could indicate they have experienced abuse in their past, without you having to explain that explicitly.

Just by planning ahead a little, you can use fear to reveal many things about a character’s true personality, the way they think, and what they could be hiding.