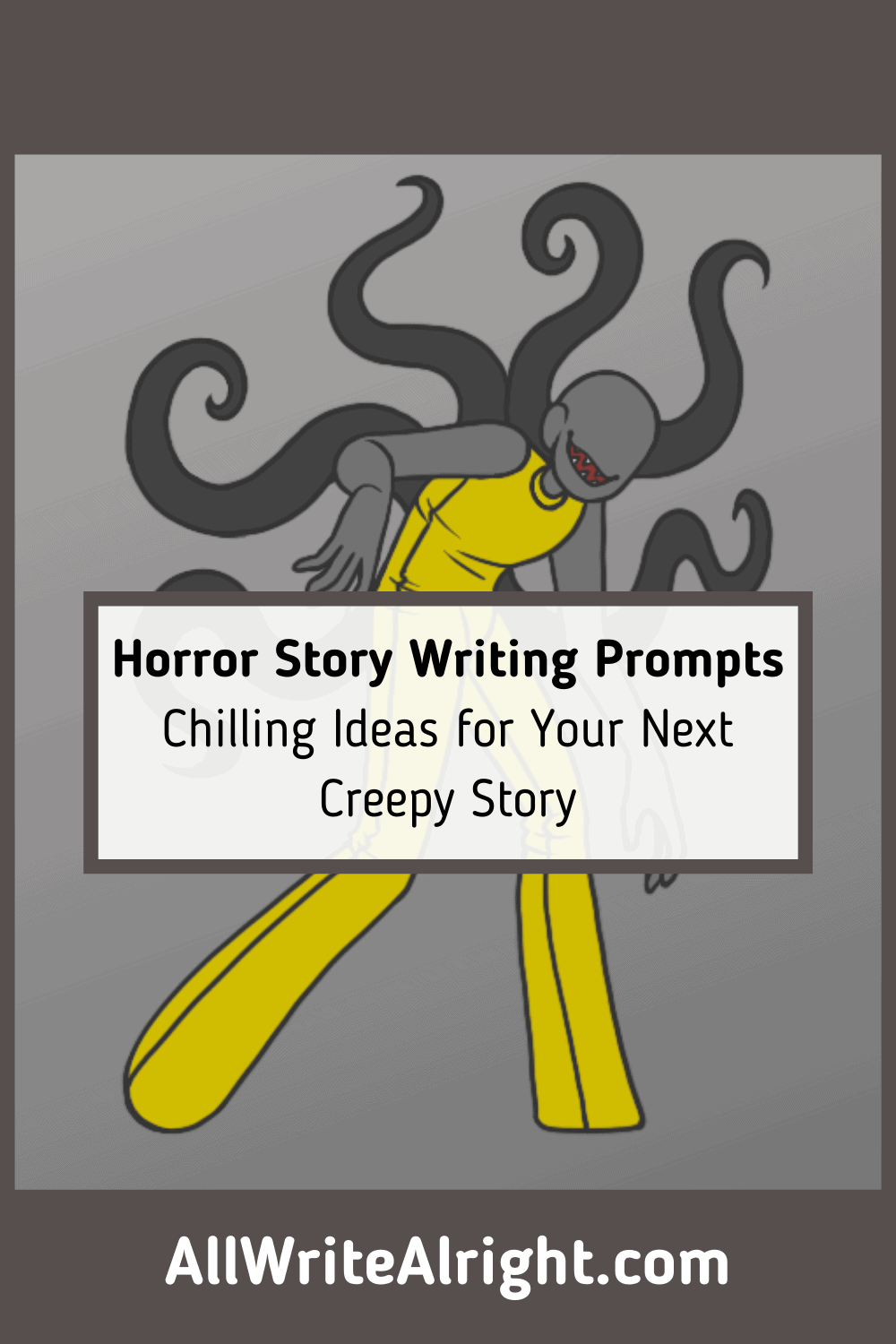 Writing horror stories is a blast, but it’s not always easy to come up with new ideas. That’s why I’ve put together another list of writing prompts—horror story themed this time! If you’re feeling monsters, ghosts, killers, or just mystery and suspense, then I’ve got you covered with these writing prompts.

Take a look at some of these ideas, and you might find the inspiration for your next big story!

This category doesn’t have any story prompts, so if that’s what you’re here for, you can skip to the next section. Instead, these prompts are exercises to help you warm up and practice some of the techniques you’ll use when writing in the horror genre!

It’s not always easy to come up with ideas for writing horror stories, so I’ve created a small list of ideas for you! Feel free to use any of these, or take bits and pieces from several different ones. They’re a little longer than some of my other prompts, but I hope you find the additional context helpful!

Horror is a vast and diverse genre, but it is riddled with clichés. However, you don’t have to come up with something completely original in order to make a good story. You can breathe new life into old, overused tropes by adding in surprising twists and new perspectives. If your characters pull their car over on a creepy road in the middle of the night, what are your readers going to be expecting? What can you do to surprise them instead? Subvert readers’ expectations, and your story will end up being much more memorable!