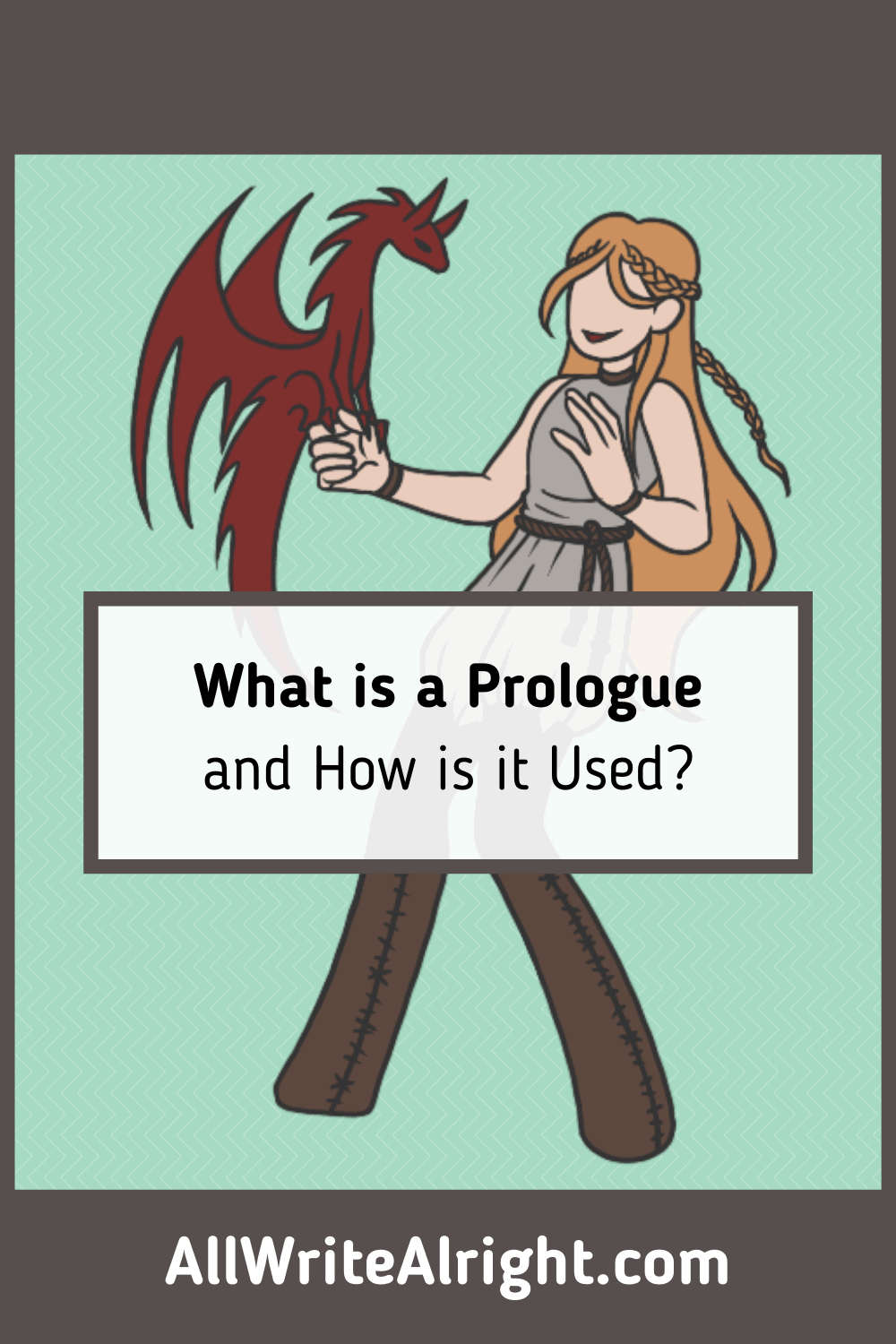 Prologues are at the center of a lot of debate in the writing world. Many people claim that prologues should never be used under any circumstances, while others are proponents for using prologues to create a unique opening to their story. It is one of the most divisive debates in the creative writing sphere, but… what exactly is a prologue, and what’s the point of using or avoiding them?

If you’re not clear on the definition of what a prologue is, or you just don’t understand the controversy, you’ve come to the right place.

Contents hide
1 What is a Prologue?
2 What is the Purpose of a Prologue?
3 The Prologue Controversy
4 Is Writing a Prologue Always a Bad Idea?
5 When to Use a Prologue
6 How to Write a Prologue
7 Write Your Story Your Way

What is a Prologue?

To put it simply, a prologue is like an introduction to your story that comes before the actual beginning. It sets the stage for the rest of the story by explaining the things readers will need to know right away—such as the setting, a brief history of the world, the major figures, and the characters’ backstories. That reduces the amount of confusion readers are likely to experience when reading the first few pages of your story, but it can also pique their interest and entice them to read the rest of the story.

What is the Purpose of a Prologue?

Prologues are a quick and easy way of giving readers context to the world, the characters, or the events preceding the start of the narrative. For example, if your story is a post-apocalyptic one, you could include a prologue that briefly explains what happened before the end of the world, or how much time has passed since those events.

Prologues can also reveal important details about the characters in the story, and the roles that they will play. Many times, the prologue reveals (or foreshadows) the primary conflict, the main character, or the overall tone of the story.

Prologues set the stage for the rest of the story, so it is imperative that they are written well. Writing a mediocre prologue is easy, but writing a good prologue can be much more difficult than writing a typical first page.

Prologues are universally despised by traditional editors and publishers. Many see prologues as a sign of lazy writing, and will discard stories before even skimming halfway down the first page.

That sounds unfair, but generally speaking, that notion holds true. Prologues are almost always lazy writing. Any piece of information you put in a prologue can be weaved into the story in a much more interesting way if you’re willing to put in the extra effort to do so. For example, if you want readers to understand that a character comes from poverty, you can hint at that with subconscious behaviors, such as always taking sugar packets from restaurants or washing and reusing solo cups. You don’t need to explicitly tell readers what has happened in the story—show them instead.

And therein lies the biggest problem with prologues. Prologues go against the principle of “show, don’t tell.” It is like a SparkNotes summary of the events leading up to the story, and it’s one of the most boring ways to share information with readers. If you want your story to be published traditionally, then you should almost never consider writing a prologue.

If you want some ideas for writing the first page of your story without a prologue, you should read my other article: Writing the First Page of a Story: Tips to Make it Perfect.

Is Writing a Prologue Always a Bad Idea?

In short: no. Writing a prologue is not always a bad idea. It’s only a bad idea if you want to get your story published traditionally.

There are a few different situations in which a prologue wouldn’t hurt your story. The thing is, readers don’t always care about the strict rules and restrictions that editors force stories to abide by. Like I’ve stated above, you can write a really good prologue that not only covers the points you need it to, and adds to the story overall.

If you are writing to a smaller audience, or you plan to self publish or post your works online, you can get away with using a prologue to introduce your story. For some shorter fanfiction works, a prologue may even be necessary to get readers up-to-speed on how the Alternate Universe (AU) differs from the characters’ canon.

In addition to that, prologues can be an excellent tool for subverting readers’ expectations—especially if the prologue is told from the perspective of a character recounting the events of the past. You can use a prologue to provide misleading information, then surprise readers with a twist later on in the story.

And of course, great writers can break any conventions and still end up with a great story. One of the most famous movie series of all time, Star Wars, makes extensive use of prologues in each of the movies—so much so that the opening crawl has become iconic to the franchise.

In the end, you should look at the kind of story you’re writing, who your intended audience is, and what your goals are. In some cases, a prologue could end up working well in a story.

When to Use a Prologue

Prologues are most commonly utilized in fantasy or sci-fi stories, in which readers may need to learn a lot about the world early on for the story to make any sense. Post-apocalyptic or dystopian stories, which are fairly new genres in popular literature, also commonly require much more context than other stories. A brief prologue can help to establish the fundamentals of how the world works and what readers can expect from the story.

If your story requires readers to have a lot of context from the beginning in order to understand what is going on, and you can’t find any other way to work the information in organically, then a prologue is going to be your best bet.

How to Write a Prologue

The most important thing to keep in mind is that you should make the prologue interesting. No one wants to read a boring synopsis of world events, even if they’re fantasy world events. Make your prologue catch readers’ interest from the very first line. You want to give readers a compelling reason to turn the page, so start with something exciting. Write a prologue that creates questions for the reader, and then make sure it doesn’t answer all the questions it creates.

That’s the next tip: don’t let your prologue give everything away. Your prologue should reveal just enough information to give readers the context they need and to pique their interest—and then nothing more. Leave some discovery for the actual story itself; a little mystery can go a long way.

However, you can still make a prologue stand out in some way, as long as it is thematically related to the content of the story. For example, you could write your prologue like a captain’s log, a radio announcement, a diary, a letter to a character’s family, a police report, or any number of different options. A prologue doesn’t have to read like a synopsis to be effective.

Finally, make sure to keep your prologues digestible. Readers will get tired of reading a prologue, even if it’s the most interesting prologue in the world. Prologues can be anywhere from a few sentences to several paragraphs, but if your prologue ends up being more than a few pages long, you’ll need to rewrite it.

Write Your Story Your Way

The most important part about writing your story is that you do so authentically. You shouldn’t have to alter your story just to please an old editor who skims the first page of thousands of manuscripts a day. Your story, your characters, and your ideas are worth more than that. Stay true to yourself and your narrative, and if you feel strongly about the way it is written, then don’t change it. You’ll find people who will appreciate your story for what it is.

Your fans are out there! Good luck!